SpaceA from Yizumi-Germany with great success at Formnext 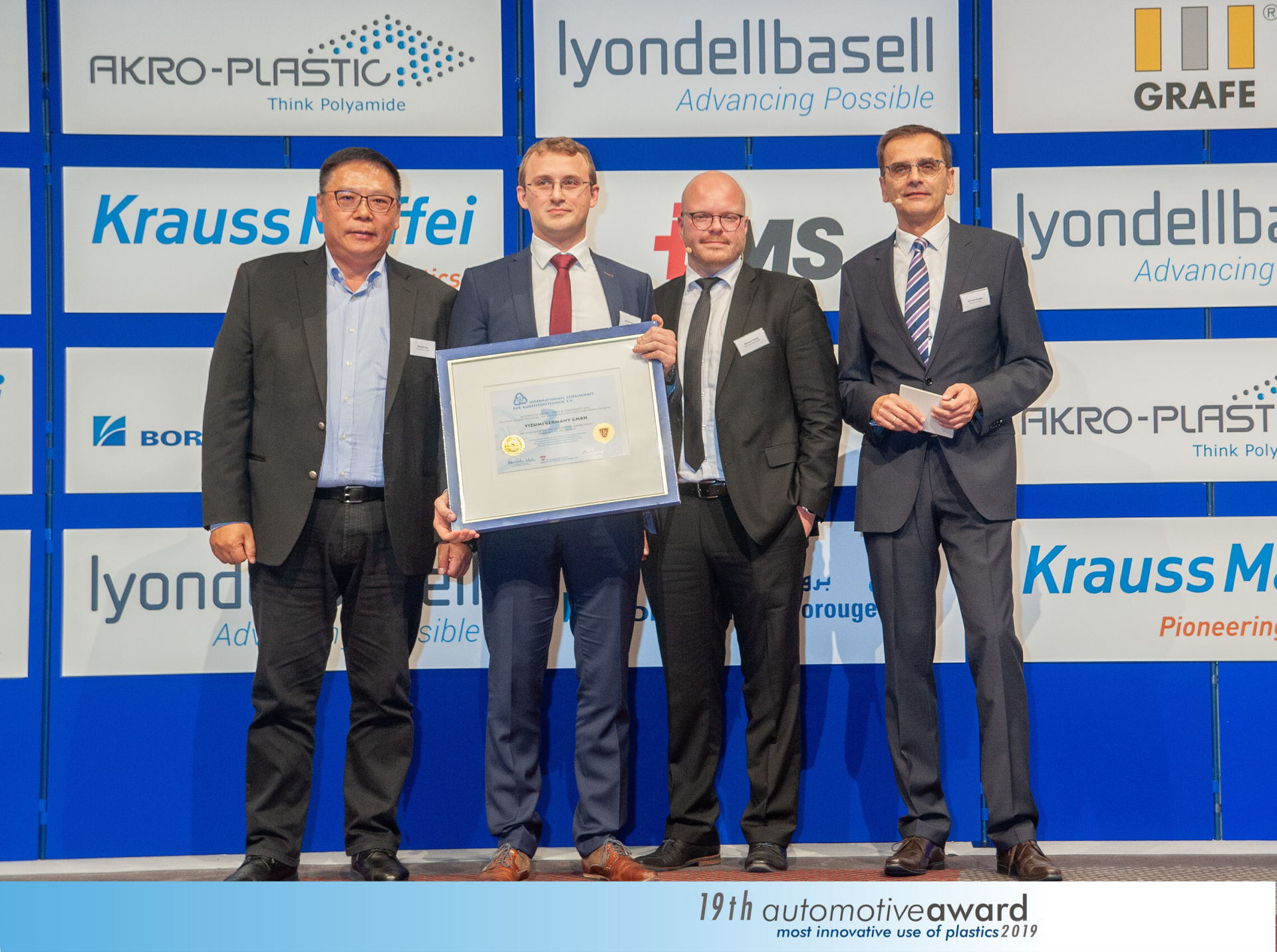 Presentation of the SPE Award for Enabler Technology (left Richard Yan, CEO of the Yizumi Group, 2nd from left Nicolai Lammert, Head of SpaceA at Yizumi). 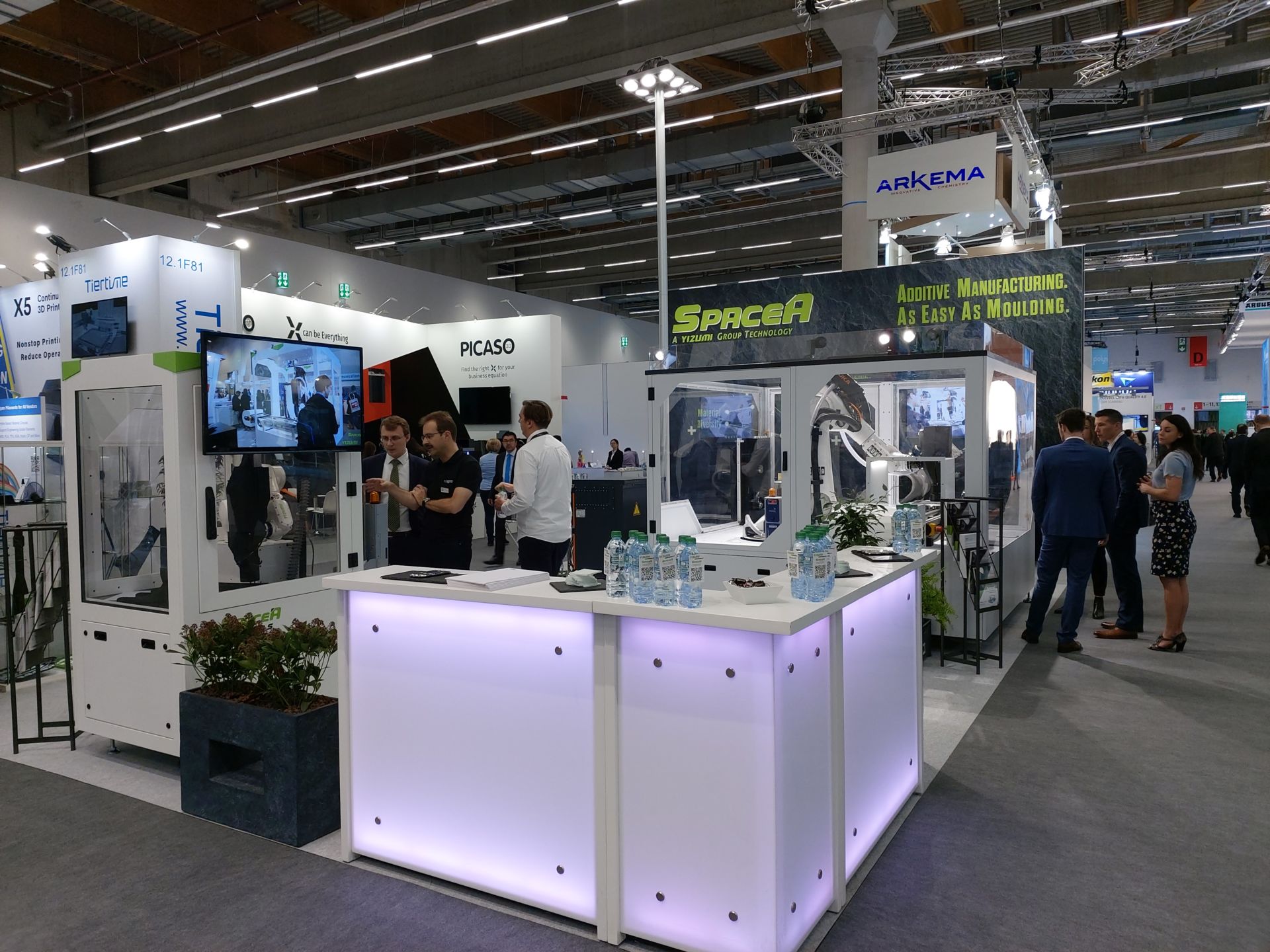 Exhibition booth “SpaceA” on the Formnext.

For the extrusion-based additive manufacturing process ‘SpaceA’, the Yizumi – Germany GmbH founded in 2018 on the Aachen campus, the company was able to note considerable interest, especially from companies in the injection moulding industry. “In particular, the integration of SpaceA into the production lines within injection moulding production played a major role in the technical discussions,” says Nicolai Lammert, head of the “Additive Manufacturing” division at Yizumi worldwide. The discussion focused on the production of small batch sizes as well as the partial replacement of 2K technology by standard injection moulding machines in combination with the additive process for the second component.

The fact that for the first time one of the many additive processes stands out from the well-known field of prototype production and thus has potential for mass production was already demonstrated at the SPE Automotive Awards shortly before the K show: For the first time, Yizumi was awarded the ‘SpaceA’ for the category ‘Enabler Technology’ with the award for third place (see picture).